Editor’s Letter: Ideas for Getting Unstuck 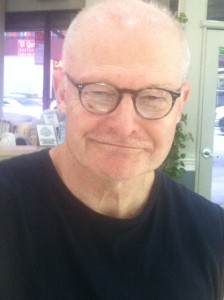 As exemplified in the previous Transformance  issue on applying AEDP to couple therapy, AEDP is continuously expanding, not only with new techniques and paradigms presented in this issue, but rapidly expanding all over the world. An international issue is in the works.

As I read these papers one last time, I realized that four articles focus on techniques to help AEDP therapists when we get “stuck,” i.e., when we reach an impasse where AEDP therapy is not working the way we think it should. In this issue, Jerry Lamagna presents his intra-relational parts model within an AEDP frame (he has a three-DVD set of training tapes available on this website).  Hilary Jacobs Hendel writes about the judicious use of touch in AEDP (after she had submitted her article here, The New York Times in March 2015 published her article describing AEDP entitled, “It’s Not Always Depression, Sometimes It’s Shame.”  This article generated much interest in AEDP and led to Random House offering her a book contract.  This Fall, the Times published another article by Jacobs Hendel, “The Healing Power of Hugs,” which is relevant to her article here).  Both Jacobs Hendel and Lamagna utilize portrayals and “parts work” yet offer very different approaches to working with pathologic affects and undoing aloneness.  Also in this issue, Judy Silvan discusses the use of body movement in AEDP to unblock energy and core affects.  Hans Welling offers a delightful short read on how he addressed an issue most of us have experienced: therapist impatience.   Up close and personal, he describes his own impatience as an AEDP therapist and the steps he took to “self-correct.”  He offers guidelines to the rest of us impatient folk.

Also in this issue, David Mars continues his expansion from individual AEDP, to AEDP with Couples, to his two-day innovative Community Healing Workshop.  On the second day the couple he has treated is live on stage, interacting with an audience of therapists who are empathic and supportive as they bear witness to the couple’s growth.  (A three-DVD set of this workshop held at Seton Hall, NJ (Training Set 2) is available on this website.)

Finally in this issue, I review Eileen Russell’s masterful new book, Restoring Resilience, which greatly expands the concept of resilience and teaches us how to capitalize on it at each stage of AEDP treatment.   Although neither Mars, Lamagna, Jacobs Hendel, Silvan nor Welling explicitly use the term resilience, there are numerous implicit examples in their case transcripts of unearthing resilience in their work with individuals and couples.